AND THEN SHE CAME

AND THEN SHE CAME live: 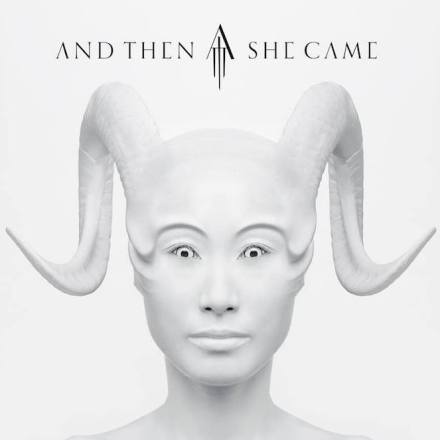 END_OF_DOCUMENT_TOKEN_TO_BE_REPLACED

Enjoy the trailer for the upcoming Six Reasons To Kill video „Rote Erde“.

Video out on February 11th. The 7Inch including the song „Rote Erde“ out on March 11th.

END_OF_DOCUMENT_TOKEN_TO_BE_REPLACED

Imperial Age from Russia join forces to release their new album with Adulruna Records that is owned by the Swedish legend Christofer Johnsson from Therion.  Imperial Age is a Russian Symphonic Metal band from Moscow founded in 2012 by Alexander „Aor“ Osipov. The band received positive acclaim worldwide without any label support and has already toured with bands like Therion, Tarja, Epica, Paradise Lost, Oomph!, The 69 Eyes, Tristania, Arkona or Finntroll. Imperial Age performed multiple headliner shows, also with a chamber orchestra and choir.

Christofer Johnsson says about the new signing: “I’m proud to welcome IMPERIAL AGE as the very first band to join in with my new business model which will be publically announced upon the release of this album next year.”

END_OF_DOCUMENT_TOKEN_TO_BE_REPLACED

Funeral Mantra, Rome based Heavy-Doom outfit born in 2010, recently signed a worldwide agreement with Sliptrick Records for the release of their new album titled ‘AFTERGLOW’, due to be available digitally on November the 26th on all download and streaming platforms as well as physical retail in Europe from December the 3rd (USA and ROW March the 11th)
Heavily influenced by Black Sabbath, Saint Vitus, Orange Goblin, Spiritual Beggars, Kyuss, Grand Magus, Hawkwind, Black Label Society, Deep Purple, Led Zeppelin, Motörhead and many others along the line, Funeral Mantra are the latest sensation from the Doom/Stoner scene of Rome [Italy] and their latest album titled ‘AFTERGLOW’ sounds like a rock-solid sound heavy-stoner blend with an old school and dynamic soul, with lyrics revolving around introspection, death, afterlife, reincarnation and dreamy substance induced scenarios.

Both bands will release their highly anticipated albums next month: HYPNO5E – Shores of The Abstract Line (February 19th – via Pelagic Records) and TEXTURES – Phenotype (February 5th – via Nuclear Blast).

END_OF_DOCUMENT_TOKEN_TO_BE_REPLACED

Jolly Roger Records is pleased and excited to announce the signing of the contract with the italian, now moved to Uk,  band NEGACY (born from the ashes of Red Warlock), for the release of the debut album titled „Flames of Black Fire“ out on Cd and digital 15th June, featuring 10 tracks of Heavy Metal in the style of Megadeth, Nevermore, Sanctuary, Annihilator, Morgana Lefay.
„The Great Plague“ official video clip is now released and also included in „Nothing Changes“ digital-only 4 tracks release now available on BandCamp, containing 2 unreleased tracks (taken from upcoming new album) and 2 exclusive tracks.

About NEGACY :
The band was born in Italy in August 2005, playing since the beginning a dark modern Heavy Metal, raw and noble at the same time, under the monicker „Red Warlock“, recording first full-length album „Serve Your Master“ (2010). In April 2012, after an US tour, the band changed name into Negacy. During all these years of growth, which has led it towards various different musical directions, it felt the need for a new monicker, suitable for the dark modern nature of the band. The result was to create „Negacy“, a fusion of the words „Negation“ and „Legacy“.
This change is for sure the symbol of a fresh start for the band, which is setting up for working like never before, to gather as much as possible from its past and future. A new beginning, taking over and carrying on Red Warlock’s aim throughout the years, with even more awareness.

The Luxembourg based Pop-Punk quartet are returning to the UK in April off the back of an ultra successful 2014. With their 2014 album, „Moving On“ in tow, Versus You will be hitting the UK for 8 shows throughout April.